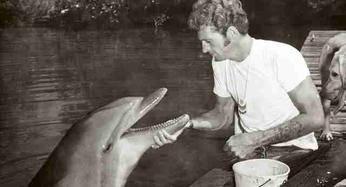 Owner Jennifer Davis decided to host and sponsor this event after watching a live stream of a drive from the point of seeing the boats in formation on the horizon to the pulling back of the tarps after the last of the dead bodies were taken out of the cove. Approximately 6 hours of watching with hope as multiple times it seemed the dolphins were going to break free of the boats driving them only to be hunted back down and eventually netted into the cove. Even after being netted they did their best to stay in a tight group with their family only to be tormented by yelling (and the often loud laughing) of the fishermen in skiffs until they were finally driven to the killing beach.

Wanting to do something to bring awareness to this brutal annual hunt and the captivity industry that fuels it, after almost two years the Free screening of 'The Cove' is finally a reality. The goal is to impact the community to take the pledge not to buy a ticket to captive dolphin events and to learn more about the captivity industry. To spread the word and to become more involved.

Namika  was stolen from her mother on January 22nd, 2017. Liz Carter, an activist at the cove took the heartbreaking video of Namika being forcibly separated from her mother.  The video went viral, being shared across the globe on sites like "The Dodo" and online news outlets. It has been viewed over 40 million times and has brought awareness to the cruelty of the captive process. You can watch the video of Namika's capture here: 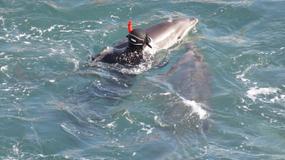 The DBHK professionals have over 80 years of combined experience working in and around government. The DBHK team has held public positions with elected officials across the political spectrum, as well as private sector roles in governmental relations.

DBHK believes strongly in giving back to the community and clients. As such, the firm has a robust community involvement profile, which includes financial support and volunteerism.

River Rock Enterprises specializes in accounting for small to mid-size companies, offering as little or as much help as you need to free up your time to do what you do best, grow your business. 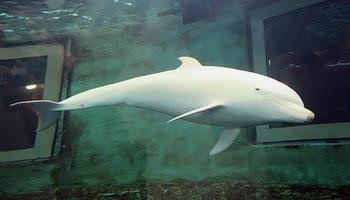 Kathy  was a bottlenose dolphin trained for use in the '60's television show, Flipper. After the show ended she was moved to the Miami Seaquarium. Kathy had been showing signs of sickness when her captor and trainer, Ric O'Barry, was called in to examine her. When he arrived, he realized Kathy was much sicker than anyone had expected her to be. She swam into his arms and stopped breathing completely - she took her last breath and held it even after Ric grabbed her to hold her. When he let her go she sank to the bottom of the tank, and when he pulled her to the surface she was dead. Ric O'Barry insists that Kathy's death was no accident. By taking her out of the wild and eventually bringing her into an isolated tank, her quality of life had become absolutely miserable. Even though he attempted to console the dolphin, once she stopped breathing there was nothing he could do to make her willingly take a breath of fresh air. Since dolphins have to consciously decide to breathe, unlike humans who will breathe instinctively, he concluded that her actions were completely intentional and came as a result from moving her to captivity. Kathy's death was the catalyst that started Ric on a mission. The very next day he found himself in jail for attempting to free a dolphin held in a marine lab in Bimini off the coast of Florida. He has been trying to free captive dolphins ever since.

Blonein, Boyd & Condit (BBC)'s principals have been involved in some of the most impactful legislation and policies in California and nationally over the past 30+ years. BBC's team and partner firms bring together solid research, legal expertise and impactful communications platform to bring attention to key issues and help forge beneficial solutions.