Christine, Tery and Terran have all been to Taiji, Japan to witness the annual hunts over the years and will be joining the discussion panel to speak to their experiences and answer questions. They are experienced and knowledgeable activists and we are lucky that they are able to travel to Sacramento to be with us for this event.

I was raised to love and respect the ocean and all the animals that live in it. As a teacher, about five years ago, I was telling my students that I would be gone from school for a week as I was taking a trip to Baja California to see whales and dolphins. I was totally shocked by their responses. “Are you going to ride a dolphin?” That question was asked in each and every class. It was then that the light bulb went on in my head. These kids had been miseducated into thinking that dolphins were here for our entertainment. That very day, I decided to do my part in re-educating. My hope was to impart that no animals, including dolphins, were here to entertain us. I decided to focus on dolphins since dolphins and whales had always been my passion.

I had been an activist at a young age. When I found out about the tuna industry killing dolphins as they captured the fish, I made fliers and stood outside grocery stores, asking people not to buy tuna. I knew then, as a child, that killing dolphins was wrong. As an adult, after watching “The Cove,” I was inspired to actively do my part to help end captivity and the dolphin slaughters in Taiii, Japan. Realizing that the captive trade is undeniably linked to the dolphin drives, I decided to create presentations for kids that show what amazing animals dolphins were and how they suffered in captivity. I created a three-part presentation for kids that focuses on the captivity issue, presenting information in such a way as to let them decide for themselves how they felt about captivity. As a Cove Monitor, I have traveled to Taiji for the past four years to see the capture process and slaughters first hand. This has served as an invaluable experience for my presentations, as I am able to show students my own photos and videos as well as share my stories from Taiji.

I’ve been amazed by the results. Kids totally get it. They simply need information presented to them and an opportunity to think about and discuss the issue. After presenting to my own students and hearing them talk about it, I decided to visit other schools. I’ve been doing presentations for five years now and have spoken to kids ranging from 3rd grade through seniors in high school.

I feel the presentations have been very successful. Many kids have told me they would never go to a dolphin show or swim with captive dolphins. Many have told me they wanted to help dolphins, and several have gotten actively involved and done amazing things. I’ve had students attend protests, present a petition to the Japanese Embassy and do presentations for younger students.

I strongly believe in the power of education. Kids are the ones who will say “no” to captivity and make positive changes. I encourage everyone to bring this issue into the classroom, and I am available to help anyone who wants to get involved. Together, we can bring an end to the captivity of dolphins and help bring an end to the dolphin slaughters in Taiji. 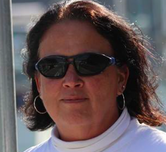 Dolphin Project Founder & Director Richard O'Barry has worked both sides of the dolphin street, the first 10 years with the dolphin captivity industry, the past 44 against it.

Working back in the 1960's for Miami Seaquarium, O'Barry captured and trained dolphins, including the five dolphins who played the ole of Flipper in the popular American TV-series of the same name. When Kathy, the dolphin who played Flipper most of the time, died in his arms, O'Barry realized that capturing dolphins and training them to perform silly tricks was simply wrong.

From that moment on, O'Barry knew what he must do with his life. On the first Earth Day, 1970, he founded the Dolphin Project, dedicated to freeing captive dolphins who were viable candidates and educating people throughout the world to the plight of olphins in captivity. He launched a searing campaign against the multi-billion dollar dolphin captivity industry, telling the public what was really going on at dolphin shows and urging people not to buy tickets to see dolphins play the fool.

O'Barry has rescued and released more than 25 dolphins in Haiti, Columbia, Guatemala, Nicaragua, Brazil , the Bahama Islands and the United States. His more than 45 years of experience with dolphins and his firsthand knowledge about the methods used to capture and train them has taken him all over the world to particpate in lectures and conferences about the controversial dolphin captivity issue. As he knew it would, this crated a lot of hostility toward him by those who stood to prifit from the continued exploitation of dolphins.

"They are in this for money. Take it away, and they will quit doing this," O'Barry says and adds: "Dolphins are free-ranging, intelligent and complex wild animals and they belong in the oceans, not playing the clown in our human schemes."

To recognize his contributions, in 1991 O'Barry received the 'Environmental Acheivment Award' presented by the United States Committee for the United Nations Environmental Program (US/UNEP).

O'Barry is a Fellow National in the Explorers Club, a multidisciplinary society that links together scientists and explorers from all over the world. Each member is an accomplished individual with at least one fascinating story to tell.

Ric O’Barry is Founder/Director of the Dolphin Project.

More information about the Dolphin Project can be found here: